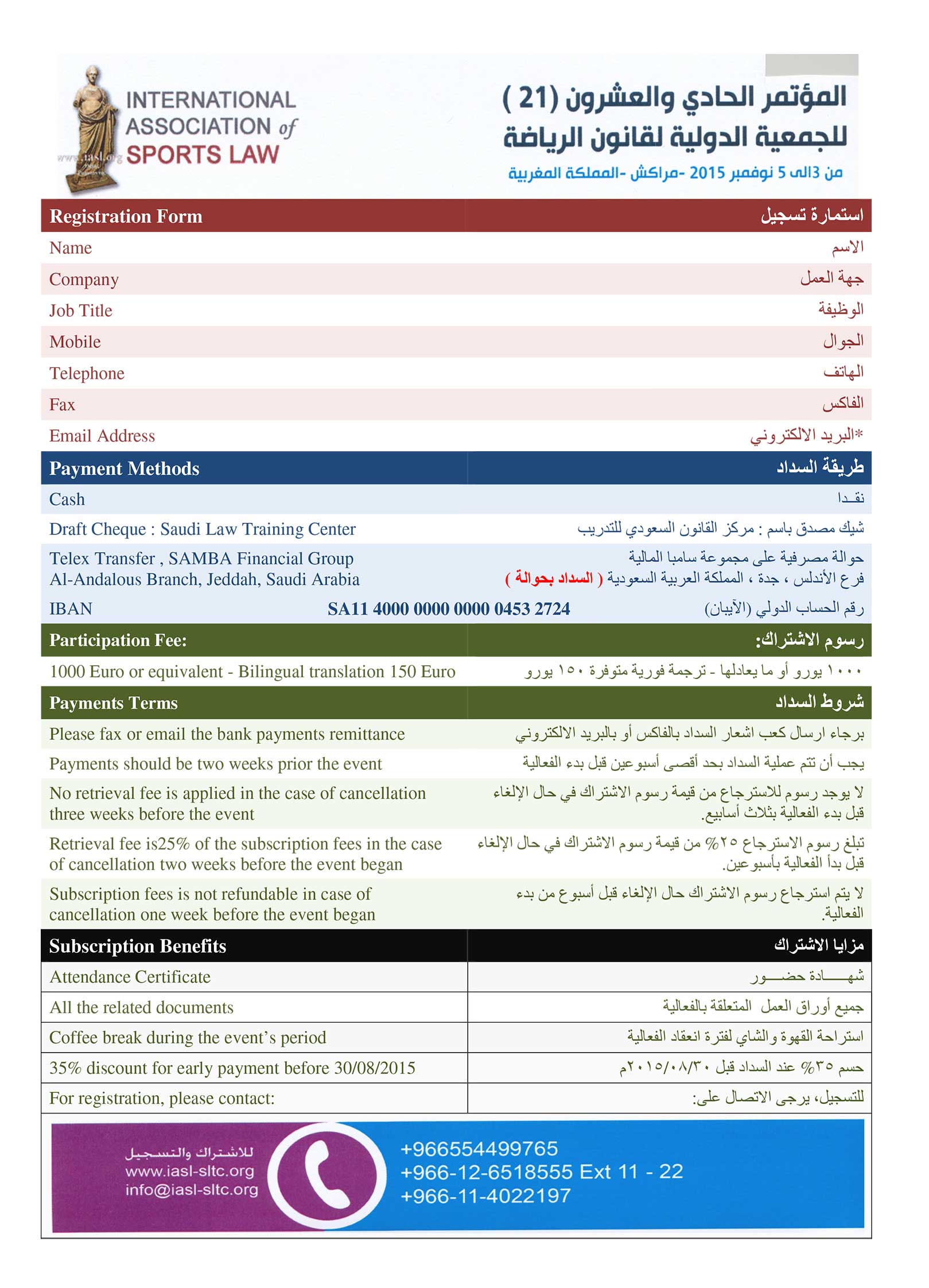 It is a pleasure to welcome you to both the website of the International Association of Sports Law and IASL itself. We are the premier world-wide organization dedicated to the development of sports law and the dissemination of knowledge about developments in it.

As media surveys consistently attest, the global public is thoroughly sports-minded, not just during the Olympic Games and World Cups, but at all times and at all levels of competition and physical education. Not surprisingly, the related legal issues also resonate with the public, from doping and match-fixing to gender diversity, and from player transfers to the role of the media and commercial sponsorships, not to mention torts in sports.

What makes sports law particularly exciting is that it is constantly evolving. For example, the growing use of cameras and electronic technology not only has helped ensure greater accuracy in judging and scoring competition, but also has blurred the traditional distinction between the rules of the game and legal regulation of sports activity. Even the institutional framework of sports law has evolved dramatically in recent years. Perhaps the best example of this evolution is the Court of Arbitration for Sport. In the IASL we follow its cases and jurisprudence very closely.

Founded nearly a quarter of a century ago by Professor Dimitrios Panagiotopoulos in Athens, Greece, the IASL remains true to the ideals of nearby Olympia, the cradle of widespread sports competition. Although such continuity characterizes the IASL's diverse activities and publications, we are anything but static. That is particularly apparent in the lively exchanges about national and international issues that highlight our annual Congresses. Whatever the venue -- we've met, for example in Athens, Barcelona, Beijing, Mexico City, Milwaukee, Montevideo, Moscow and Paris -- we invite you with open arms and minds. Help us make the rule of sports law stronger, if not faster and higher. Take a look at what we have to offer all of you -- athletes, sports officials, lawyers, teachers, students and ordinary spectators -- and join in our common effort to advance the rule of law in sports.